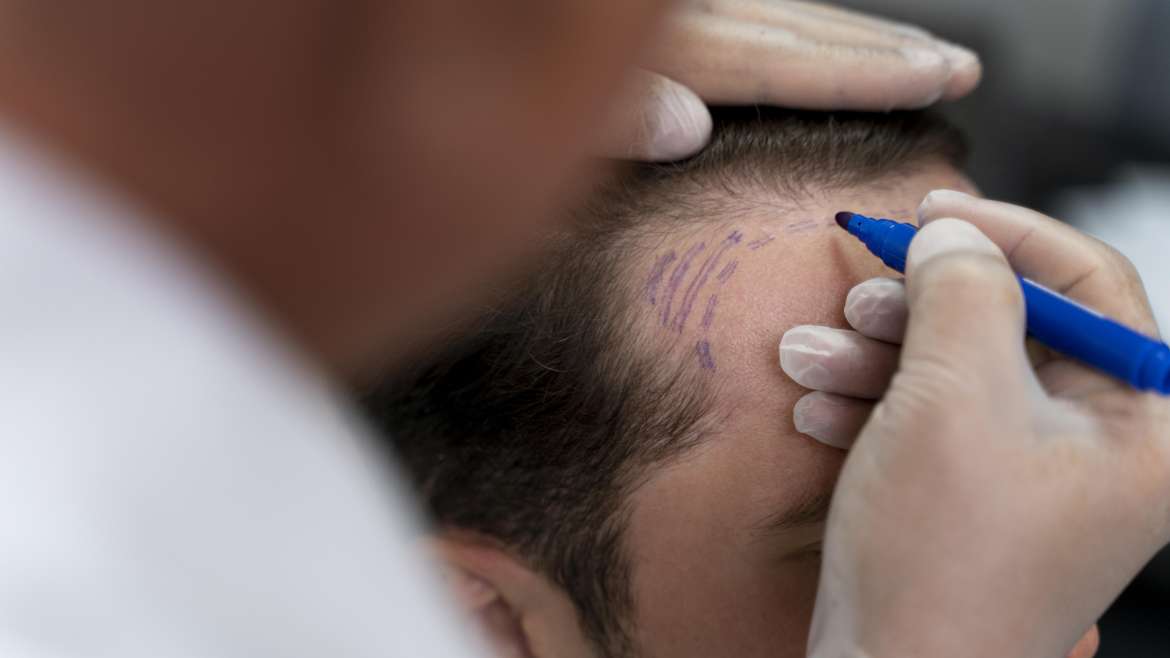 Are you facing issues with your frontal hairline? If yes, then Dr Marwah’s clinic in Mumbai has got the perfect treatment for you called Hairline reconstruction.
Hairline reconstruction is a surgical procedure that aids in the improvement of the look of the frontal hairline. While performing hairline reconstruction surgery, the patient’s preferences, such as hairline height, scalp laxity, and many other essential aspects, are always kept in mind.
The frontal hairline is located on the forehead, which is one of the most visible parts of your face. When a person reaches his thirties, he begins to lose his frontal hairline, which causes his hair to seem less thick and his forehead to appear larger. As a result, the overall appearance of your face becomes bland. You begin to require frontal hairline reconstruction.
This procedure varies from person to person and is influenced by two major factors: the size of your face and the size of your forehead.
The major cause of hair loss from the front hairline is hereditary; however, there may be additional reasons why this condition develops primarily in persons over the age of 30. As a result, your frontal hairline gets less thick with each passing year, necessitating hairline repair surgery sooner rather than later.
The adult hairline is usually a bit higher than the one in your teens or adolescence, so the doctor should always take the appropriate precautions before treating you. Also, for a natural look of your hairline, the proper angle of implantation is very crucial; thus, it is recommended that you have your head transplanted by only specialists with years of expertise, such as the doctors at Dr Marwah’s clinic.